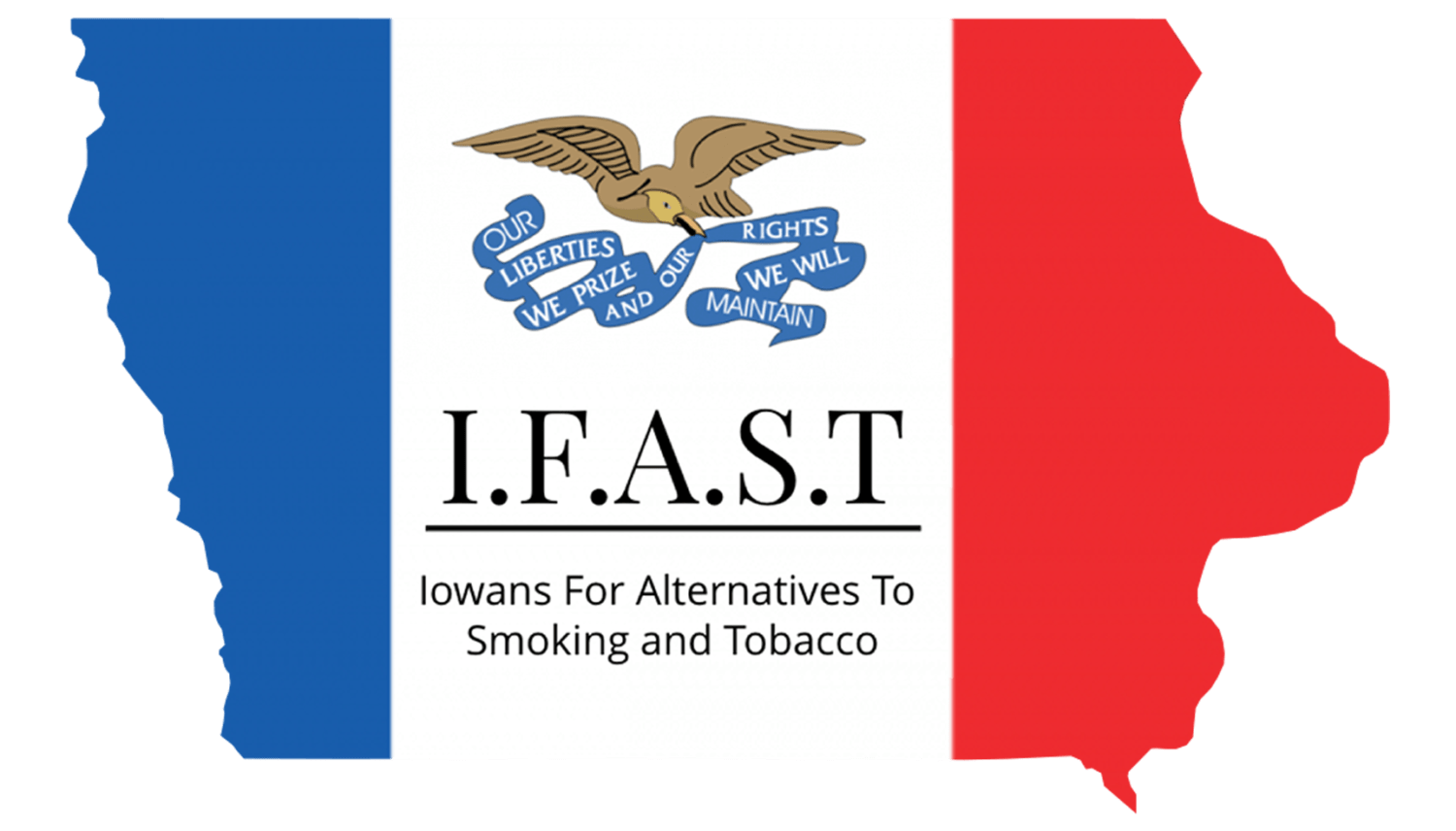 IOWANS SHOULD NOT USE BLACK MARKET THC OILS IN VAPING PRODUCTS

Results published in The New England Journal of Medicine on Friday found 84 percent of the patients who are suffering from respiratory symptoms self-reported inhaling a form of THC oil purchased on the black market. Researchers acknowledged the study was based on reports by patients who may be reluctant to report illicit drug use and the percentage of those who used THC oil is likely higher.

“If black market THC oil was being added to bottles of water and causing illness, federal officials wouldn’t advise the public to stop drinking water. Instead, they would investigate and report on exactly what was causing the illnesses,” Linden said. “It would be a public health tragedy if vapers returned to smoking, something we know kills over 480,000 people a year.”

Officials at the Centers for Disease Control and Prevention are under fire for releasing generalized warnings advising the public to stop vaping. Michael Siegel, a Boston University public health professor, said the CDC is being “unnecessarily vague” when describing the illnesses as simply vaping-related while many people may be injured by vaping THC oil. “Based on what we know now, I think there’s enough to tell people: Don’t vape THC oils – especially products that are bought off the street,” Siegel said. “There are certain things the agency could be recommending right now that could potentially save lives and prevent this from happening by being much more specific.”

The FDA told state officials last week that lab tests found nothing unusual in nicotine vape products which were collected from sick patients. Scott Gottlieb, former FDA Commissioner, confirms the illnesses and deaths around the country “do not appear to be from legally sold vapes.” Other state and federal health authorities, including the Iowa Department of Public Health, have stated they are focusing on counterfeit THC substances as the likely cause of these respiratory illnesses.

E-cigarettes have been on the market since 2007 and this flood of lung illnesses only started three months ago. New York University public health professor and former science director for the anti-tobacco Truth Initiative, Ray Niaura, said the recent wave of respiratory illnesses means “it is unlikely (that the problem) is e-cigarettes that have been on the market for a long time. More likely, it’s … people are vaping a lot of other things besides nicotine, such as synthetic cannabis or contaminated THC that is making an appearance and leading to these bad consequences.”

The New England Journal of Medicine also acknowledges that in the 12 years e-cigarettes have been on the market in the US, there have been no related reports of pulmonary illnesses or deaths linked to the use of e-cigarette products (e.g., devices, liquids, refillable pods, or cartridges).

Nicotine vape products which are sold in vape stores across Iowa have been regulated by the Food and Drug Administration since August 2017 for their ingredients, marketing, labeling, and other features. The FDA has conducted more than 1,000 inspections of vape stores across the country, including Iowa, to ensure they are adhering to regulations. Gottlieb suggests THC oils, which have thus far evaded federal oversight, need to be similarly regulated by the FDA to prevent future respiratory illness outbreaks.

“THC oil is illegal in the state of Iowa and is not being sold in our stores. We urge consumers to not use these products as they may be damaging to your health,” Linden said.
Press Contact
Sarah Linden | President, IFAST (Iowans for Alternatives to Smoking and Tobacco)